falling from the sky

We went on vacation about half an hour from our house. We were going to go to Nantucket, but then we realized that  it would cost about $260 to get us there and back. Since we only had the afternoon available, we figured we'd go when we could spend more time (and money). We're not very good at math, but we  managed to figure that one out ourselves.

The kids wanted to eat and look in stores, so that's what we did. Chris was a remarkably good sport about it.

He was such a good sport about it that the universe threw him a cookie - in the form of a pile of speakers and subwoofer.

I was in the car when it happened, finishing up a phone interview that was the only work-related thing I couldn't weasel out of. I got off the phone and Chris rang through. He said "Your friends with the theater do they need speakers do they have a truck I can't fit it in the car but it looks like they work and maybe I can stash them up the street until we can get back with the truck can you call your friends and then just come how fast can they get here?"

If you didn't understand any of that, my work here is done.

The road between us was closed (this is not a figure of speech, exactly), so I tried to go around and he, sensing that I was being a detour sissy, called back to tell me to stop being a sissy. "JUST GO AROUND THE CONES" he said.

I didn't know what he had in mind but apparently a bunch of speakers had just been left on the curb with a "free to good home" sign and he was intent on not letting them get away. I pictured him protecting them bodily, starfished on top of the pile and chanting "mine mine mine mine all mine" while waiting for me to swoop in with a stencil of our logo and a can of spray paint.

Note to self: purchase stencil of logo and can of spray paint.

I went around one set of cones and then another set of cones, while a policeman eyed me with a "wow, you really are the goody-two-shoes sissy your husband made you out to be" look. And then I spotted Chris, waving his arms in front of a pile of speakers and a subwoofer. For scale, I could fit inside the subwoofer.

As luck would have it, a friend of ours happened to walk down the street just as we were drawing straws to see who'd get bungee corded to the roof. His car was big enough for a subwoofer, with or without me stuffed inside.

Which is why we have souvenir speakers instead of t-shirts.

The end.
Posted by Susan 3 comments: Links to this post 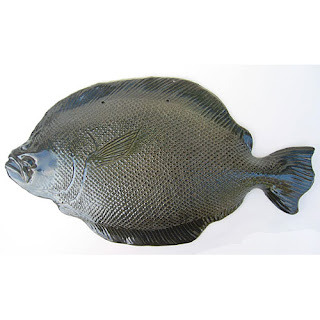 We live near the ocean in a fishing town that's become a tourist destination. In the summer it's party, party, party. In the off-season, we huddle together.

I've lived in all of two tourist towns, so I can say with absolute authority that tourist towns breed bartering. In a ski town, you can get nearly anything done for a six-pack of beer. Here, we're more creative. Or older. One of those.

At one point we had a major-label recording artist babysitting our kids in exchange for studio time. But most of what we exchange is on the fly. It's more "you need that? I've got it." The person you give to is often not the person you get from, but somehow it all works out. I think we do this because tourist towns are expensive to live in and most of us can't afford it. We take care of each other. It's also friendly, and friendly is good.

Last weekend we went to a friend's house and transplanted the peach tree they had offered us. We have not killed it yet. In about three years we will be silly with peaches - which we will give to the neighbors and make into peach jam.

Yesterday I had a call from a friend who is a fisherman. He had a ridiculously huge bag of fluke and asked if we'd like some. I hardly ever say no to offers of food so, not having the slightest idea how to cook it, I ran right over.

I took a gallon ziplock bag. He filled it nearly to the top with fillets.

Now I'm a little miffed that the peach tree isn't giving us peaches right now, in April. Because how great would it be to serve fluke with peach salsa?

Here's a tip: people give to people who are easy to give to.

Did you get that? When I lived in the city, I had a friend who worked for a performing arts center. He frequently had comp tickets to plays and, knowing that I would always say "yes please" he gave them to me nearly every time. It got so he just left them on my desk. It was like being visited by the Culture Fairy (it may interest you to know that the Culture Fairy is over 6' tall, with a very large, black beard).

I, in turn, got to the point where I'd make one phone call to invite a friend to join me - because she always said yes. We saw a lot of things we had never heard of - and would be sorry to have missed.

So when the call came about the fluke yesterday, I did not tell him we were cooking haddock that very minute and ask him to call back when he had some striped bass. If I've learned one thing, it's that you don't look a gift fluke in the mouth (although if you do, you discover that they have teeth). You invite your friends and feast on fluke.

And then you make fish cakes with what's left.

And fish soup with what's left from that.

Fluke. It's the new zucchini.

(pictured: fluke platter, made by my friend Rosalie Nadeau and given to us by our neighbor when we got married)
Posted by Susan 2 comments: Links to this post

Shortly after letting the chickens out to free range, we found these flyers nailed everywhere. 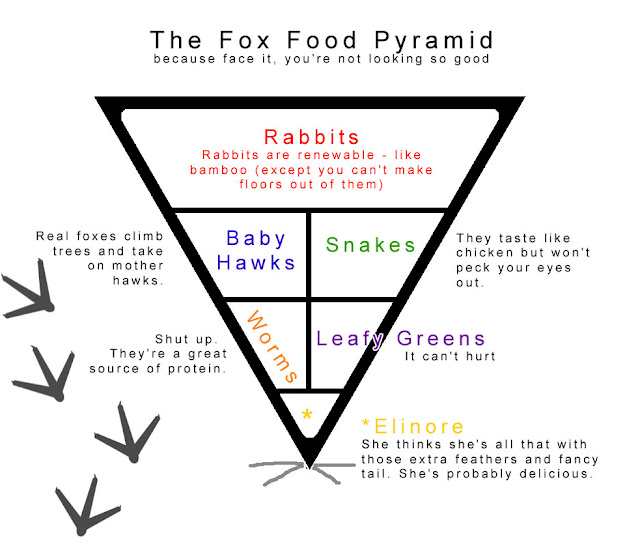 (This explains all the chicken tracks around our color printer.)
Posted by Susan 2 comments: Links to this post 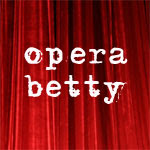